San Francisco-based open science non-profit Manylabs is delighted to announce funding for our two-year Supplemental Environmental Project, Air Quality Network for San Francisco’s Eastern Neighborhoods, submitted to the California Air Resources Board. We will be deploying air quality monitoring instrumentation to detect particulate matter 2.5 (PM 2.5) and Volatile Organic Compounds, and displaying this data at www.sanfranciscoaq.org. PM 2.5 contributes to pulmonary and cardiovascular illnesses, and Volatile Organic Compounds such as benzene, formaldehyde, and carbon tetrachloride, are found in vehicle emissions and the byproducts of industrial processes. They are not harmless: they inflict various health effects and pose an incremental cancer risk. VOCs are also referred to as Hazardous Air Pollutants, or as Toxic Air Contaminants in California. This project builds upon an earlier grant, also from the California Air Resources Board, which deployed monitors in the Eastern Neighborhoods, encompassing Bayview-Hunters Point, the Excelsior, Bernal Heights, Visitacion Valley, Portola, Balboa Park, the Tenderloin and Soma, Mission Bay and the Dogpatch. We are currently contacting current PM 2.5 sensor hosts to maintain deployments. We will also be installing several leased VOC sensing instruments for up to one year each in various locations.

We welcome inquiries from prospective hosts in Eastern San Francisco, and look forward to community events.

Please contact us if you live in the Eastern Neighborhoods and wish to learn about hosting a sensor. We are particularly interested in locations near the Alemany Market, the Spaghetti Bowl, Islais Creek, Cesar Chavez and the Outer Mission. We have two Purple Air II Particulate monitors available as well. 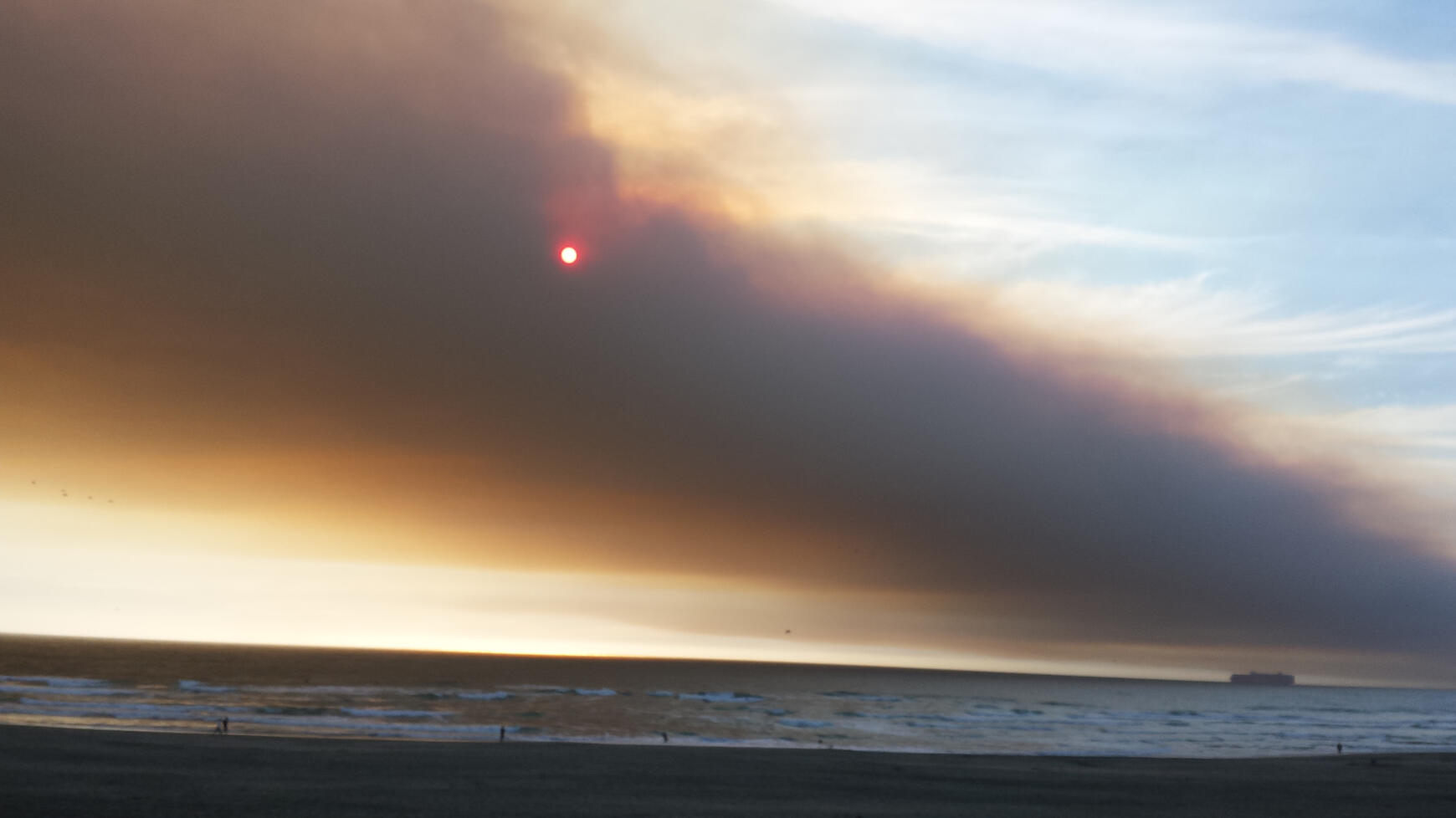 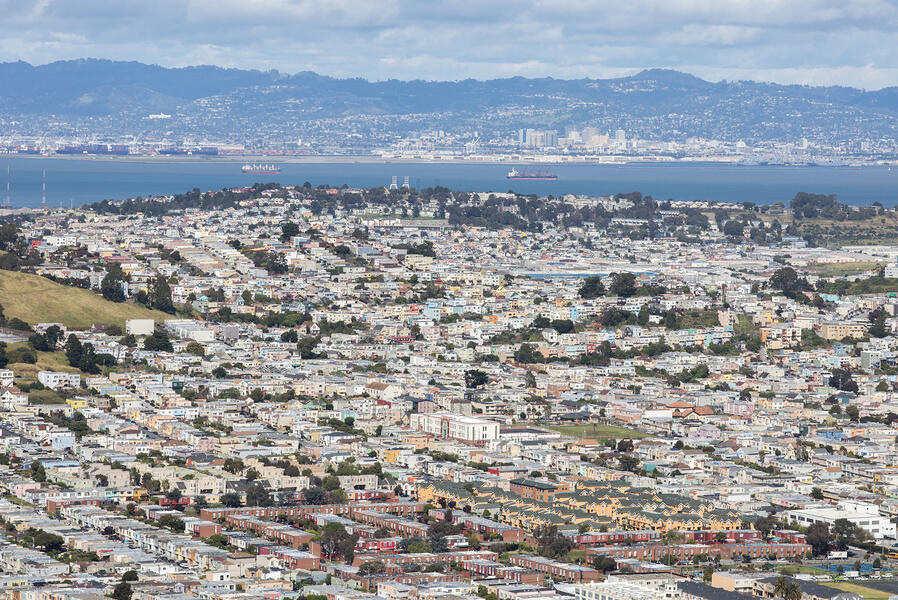 LInks concerning AQ and AQ Monitoring in the Eastern Neighborhoods:

The American Lung Association's State of the Air report.

Articles on VOCs from the Environmental Protection Department of the Government of Hong Kong. 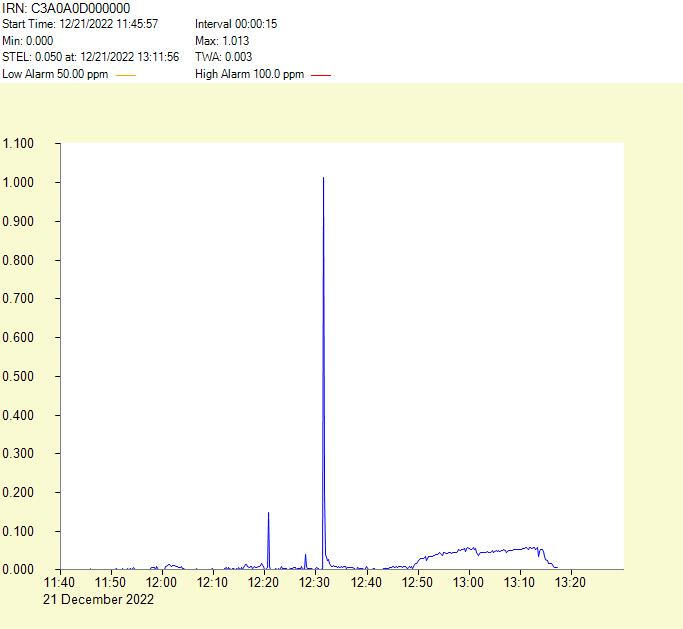 Report on First Walk through Eastern Neighborhoods with a Handheld TVOC Detector
While enduring this week's epic rain, lightning and thunder, it's difficult to remember that this isn't the norm for Northern California. Most days are clear in San Francisco; we have an average of 259 sunny days and 24.6 inches of rain per year. Generally, we don't have water literally washing suspended particles through the air (coagulation effect and wet deposition) and giving us excellent AQI reports. Soon, although not soon enough, it will be dry and more polluted again.On December 21, we took the SFAQ project's mobile instrument, the Cub Personal VOC detector, to Bernal Heights to observe volatile organic compound conditions. Starting just before noon, we traversed the area from Cortland and Wool Streets to Cortland and Bronte, taking a few detours up the north-south side streets on the way. Along Cortland Street, the total VOC levels were extremely low- barely detectable even with the TVOC detector measuring parts per million at 15 second intervals. This is consistent with the weather conditions. It was an extremely windy, bright day; it was the middle of the day; and there was relatively little traffic on a weekday just before the holiday. The only VOC spike found during this time was around 12:30- when we started up the hill to Bronte and Jarboe. As we trudged up the steep hill, a car with expired registration tags, and a noisy exhaust tailpipe, with visible smog emissions, drove by. The driver stopped short, turned around, and parked several feet away from our mobile VOC sensor. The readings jumped to 1.013 ppm, then quickly returned to a much lower level as we kept walking.
We took in the view, and the clean air, from the hilltop at Bronte and Jarboe Streets, and turned around. During our return from Bernal Heights on the 24 bus, we noticed that the VOC PPM levels increased the minute we reached the bottom of the hill, at Mission and Cortland at 12:50. Crossing the City through the Outer Mission, Noe Valley, and the Castro, the levels didn't plunge to zero until we reached Duboce Park (Duboce and Noe). The sensor was turned off at this point. The VOC levels in this interval never exceeded 0.100 ppm, and were actually lower- closer to 0.05 most of the time.Let's return to the earlier measurement. 1 ppm, measured from about a meter away from the source, is equivalent to 1000 mg/m3. This measurement of TVOCs, probably including BTEX chemicals and isobutane found in vehicle emissions, exceeds all ambient and indoor air quality (IAQ) "safe" levels. This includes the U.S. Green Building Council for LEED certification- for which a safe TVOC level is below 500 ug/m3 or 0.5 mg/3; the Renesas IAQ rating, the RESET Standard- Air for Commercial Interiors, Hong Kong's and Germany's standard, the Fitwell Enhanced Indoor Air Quality Testing and Monitoring Protocol, and the WELL building standard. The World Health Organization (WHO) Air Quality Guideline states that >0.10 ppm to 0.20 harmless, and >0.20 ppm to 0.61 should be for temporary exposure only.
This exposure was very brief, but it was too high. More importantly, such mundane environmental microagressions are a common occurrence. A person exposed to this many times a day would be in effect chronically breathing in poor air. All that is needed for this particular exposure to VOCs to take place is lingering or walking on the sidewalk.Generally, we'd expected to see high persistent VOC levels in areas with less wind, without rain to remove pollutants from the air, and either at the end of the workday, or early in the morning.We look forward to continuing this work- once the relentless and brutal weather lets up.